The model has finally responded to all allegations. In an interview with Alex Cooper, she was asked whether she was romantically involved with Justin at the same time as Selena. She responded by saying that this was crazy and that she had never talked about this ever. She noted that many fans’ perpetuation and hate come from thinking she had stolen him. She said that it’s time that people come to know the truth. Only a snippet of the interview has been posted on the internet. People are anxious to see the entire podcast to see her response.

Hailey and Justin Bieber had signed wedding papers in a New York courthouse just a little over two months after the proposal. Later in 2019, both of them had a dreamy church wedding in North Carolina. Justin had announced his engagement with Hailey in July 2018, just months after breaking up with Selena Gomez. He had posted a special note on Instagram for Hailey and said he would wait a while to say anything, but the word travels fast, and he wanted to declare his love for Hailey.

He further added that he is committed to spending his life getting to know every single part of Hailey. He also promised to lead the family with honor and integrity. People are so obsessed with seeing Justin and Selena back together that many forget that Justin and Hailey have already been married for four years and seem pretty happy. People need to move on. 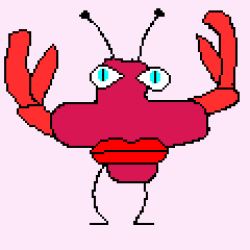