There has been a fantastic collaboration between Marvel and Fortnite in the Zero War series. They are going to release new content in the upcoming days. According to the community, Tony Stark would return to the Battle Royale action. Some recent leaks revealed the arrival of Iron Man Zero War and a bundle with six items shop, including the Iron Man Zero War Skin. The latest collaboration between Fortnite and Marvel is coming to the game just some days after the beginning of Season 4 called Paradise. Spider- Gwen would have an important role in the events of this new season.

The Iron Man Zero skin would be the reward for obtaining all the five issues of “The Fortnite x Marvel: Zero War comic.” However, there have been reports that Bundle will drop the item shop on September 28th,2022, for everyone to purchase it. Based on the previous Marvel Bundles, it is expected that the new Iron Man will cost around 1800 V bucks.

The Iron Man Zero War Bundle would consist of 6 cosmetic item shops- Iron Man Revealed- Emote, Repulsor Pack- Back bling, Iron Man zero wrap, zero war frontlines, bladed gauntlet, and Iron Man Zero war outfit. Zero war frontlines can be used on the loading screen only. Bladed Gauntlet is used for harvesting tools and is mounted in the armor. Also, it can be used only with the Iron Man Zero War Skin. Iron Man’s Zero war outfit is based on one of the armors which Iron Man in the comic series uses. For those unfamiliar with the Zero War collaboration, this Iron Man would be similar to the Hulk busted, operated by Tony Stark and Bruce Baner in the Marvel Movies.

Hypex X, a Fortnite leaker, had released several images of Zero suit of Iron showing what is in store. It looks like the suit is loosely based on the hulk buster suit. It has superheavy powered armor that goes toe to toe with The Hulk. There seems to be a slightly different color scheme and several different helmet choices. 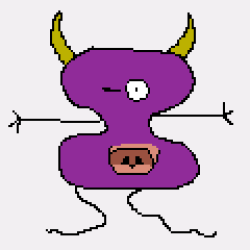 iPhone 14 Plus pre-orders Apple had made a change in strategy for consumers. They had replaced the iPhone mini with iPhone 14 Plus. The early […]

The Nikon Nikkor Z 28mm F2.8 is a good product, but it sacrifices a bit of build quality to meet a reasonable asking price. It […]